Kapok trees, believed by many Vietnamese to be favored by ghosts, are an outstanding sight in many northern delta communities this time of year, often lining rice fields or village entrances.

Come March, the ancient pagoda in Hanoi is surrounded by the red sight of kapok trees, which bloom only around one month.

Built in the 11th century, during the reign (1072--1128) of King Ly Nhan Tong, the pagoda is closely associated with monk Tu Dao Hanh who was well-known for his humility and generosity towards the poor. Legend has it that Hanh invented water puppetry to depict the lives of the rural population.

This tropical Asian tree is also known as red silk-cotton or just silk-cotton. Its bark, root and flowers are used in oriental medicine.

Kapok trees are used in medicines to clear away heat and detoxicate. Particularly, their flowers are used to treat diseases like peptic ulcers.

During flower season, kapok trees lose their leaves, with only red flowers clinging to their branches.

In addition to Thay Pagoda, kapok trees are grown in parks, on pavements, at villages and spiritual sites in Hanoi, northern provinces of Son La and Ha Giang, as well as in Quang Ngai Province and Hue Town, central Vietnam. 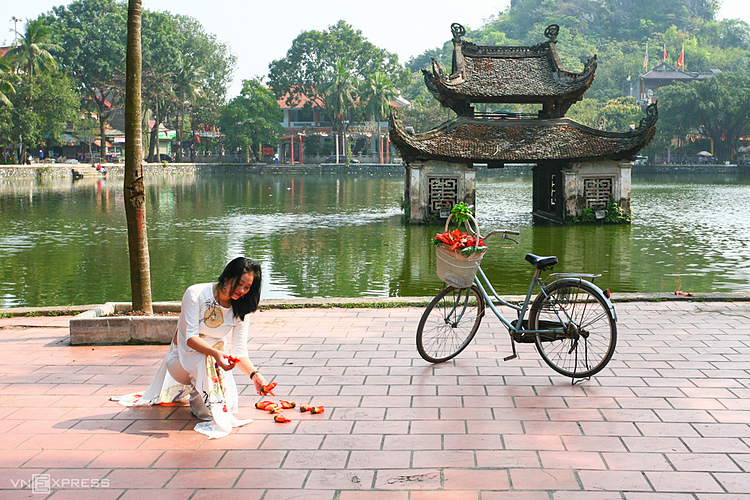 In front of Thay Pagoda lies Long Chieu Lake, boasting a floating temple that serves as a stage for water puppetry