Over the past 10 years, lensman Nguyen Huu Thong has made a spring journey to Dong Van Plateau in Ha Giang Province to capture colorful local life.

The road to Pho Cao Commune, located on 4C Highway, around 30 km from Dong Van Town, is covered in a cloudy mist and surrounded by white plum blossoms that herald spring.

Around 160 kilometers from the center of Ha Giang, a northern mountainous province bordering China, Dong Van, a small, quiet town located in a valley surrounded by rocky cliffs, is home to a mixed community of Tay, Nung and H'Mong that can be found tending their terraced fields from April to May.

Spring is the most ideal time of the year to visit Dong Van as peach and plum trees are in full bloom.

A couple plow their land for a new crop in an early morning in Pho Cao.

Thong explained that after three months of winter, the rocky plateau experiences a burst of color, bird song and dazzling sunshine, after days swathed in rain.

A group of H’Mong locals in traditional costumes gather to celebrate spring gracing the highlands province. 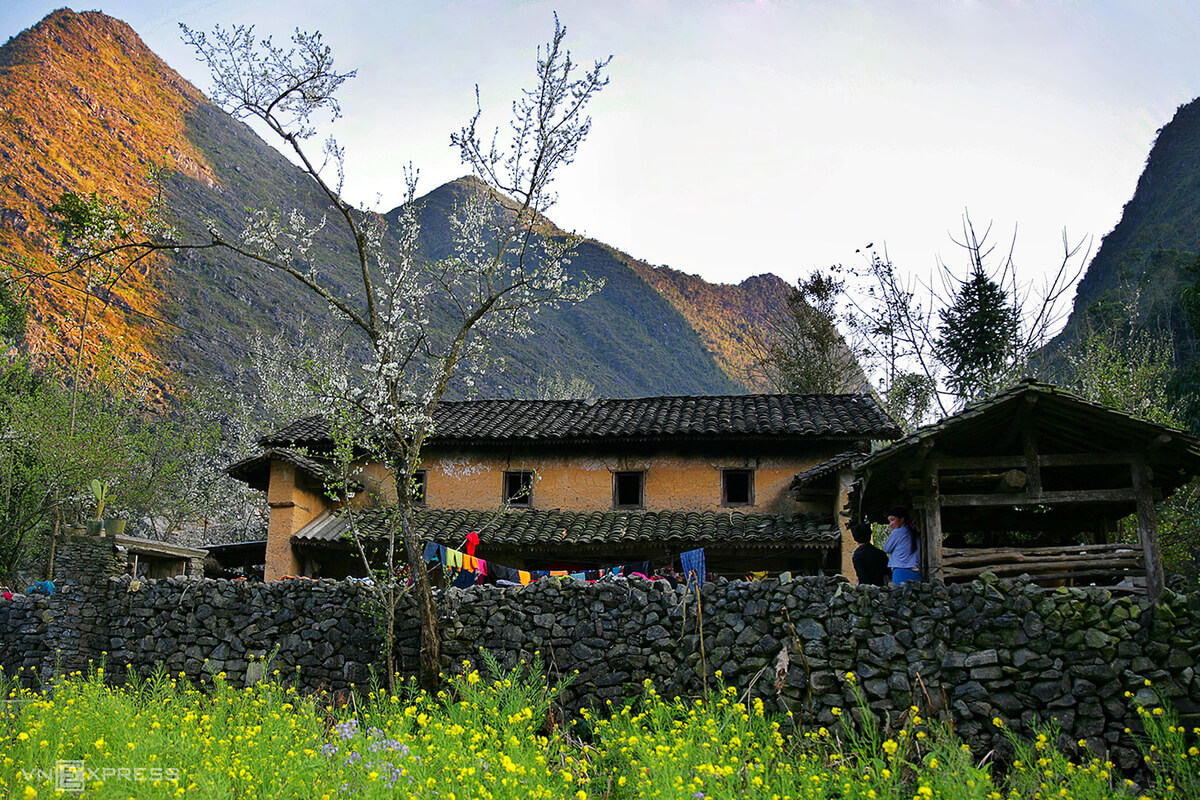 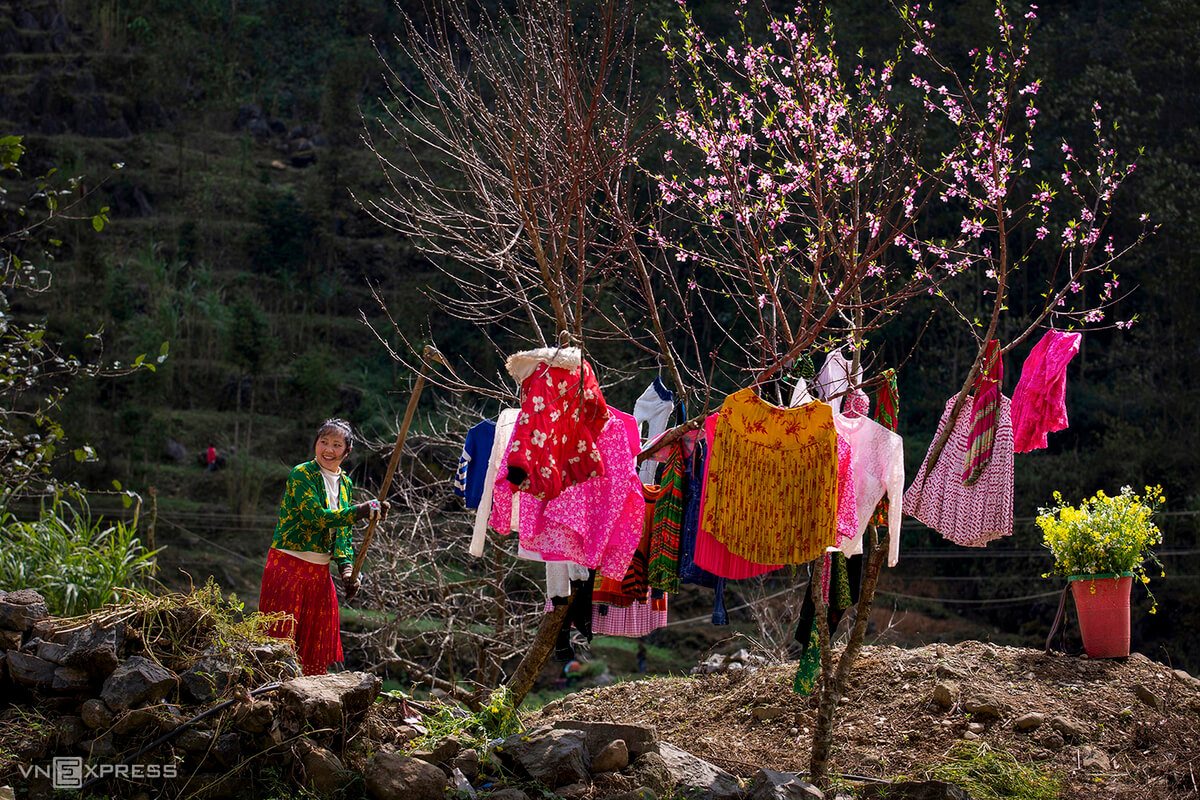 A yellow-walled home provides the charming backdrop for a playful H’Mong girl in Sung La. 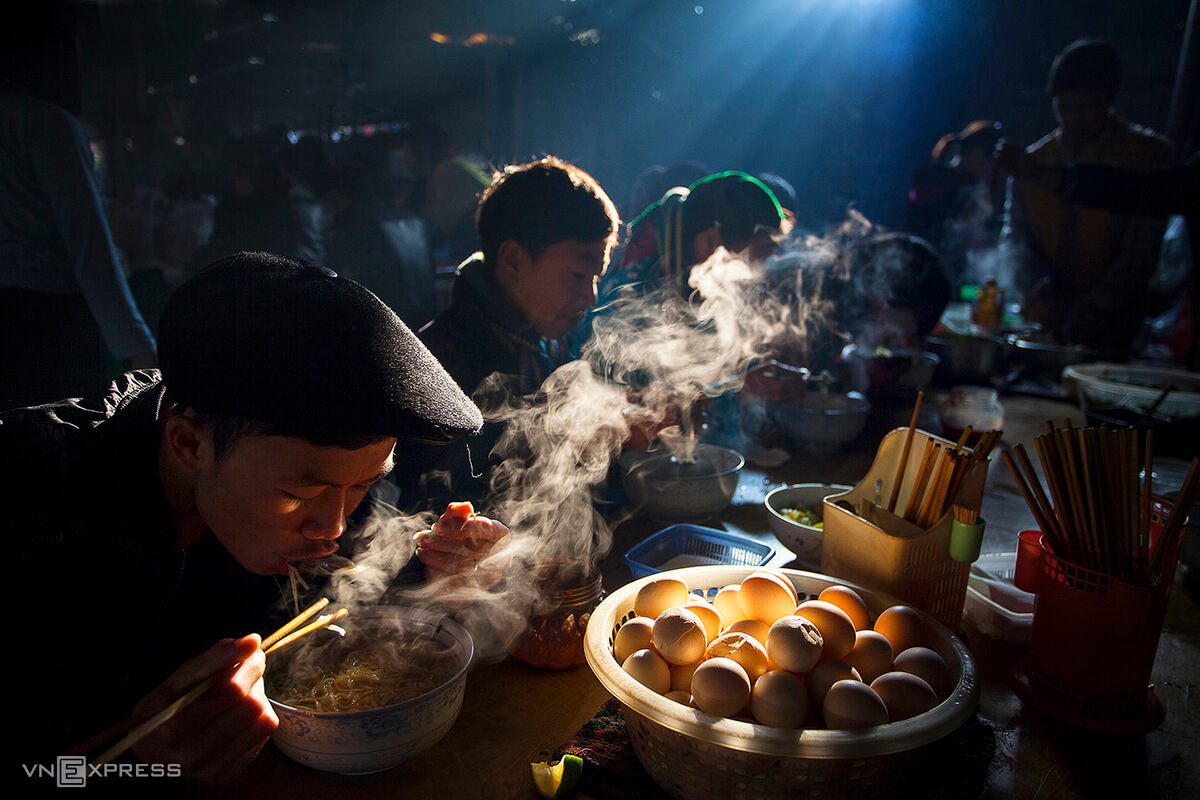 Unique Dong Van Market operates every Sunday from 5 a.m. to 10 a.m. and is among the largest and busiest in the northern mountains. The market boasts H’Mong, Han, Dao, Giay, and Tay produce and serves as a meeting place for young women in their colorful traditional costumes. On market days, villagers light up the town with red lanterns to fight off the harsh winter cold.