About 15 kilometers away from Dong Van town lies the majestic 100-year-old mansion of Hmong King Vuong Chinh Duc. The palace was built in 8 years, consuming 150000 coins of silver, an equivalent of VND 150 billion (US$7.5 million) today.

The ancient mansion in Sa Phin Commune, Dong Van District, Ha Giang province was once well-known as a fortified fortress. It still contains anecdotes bearing the stamp of the cultivation and trafficking of opium.

Vuong Chinh Duc  was the head of the Mong people in Ha Giang a century ago. He became rich from trading opium because Sa Phin is the middle point of opium from Golden Triangle region. He also set up his own army unit of loyal Hmong people and equipped them with weapons.

Before embarking on the construction of this massive edifice, Vuong Chinh Duc invited a Chinese feng shui master passing through the area of 4 districts to choose the most favorable location. They decided to stop in Sa Phin village because the terrain here emerged as a turtle shell, which represents long life and wealth.

The whole edifice has an area of 3,000 square meters. It took 8 years and about 150,000 coins of silver, an equivalent of VND 150 billion (US$7.5 million) today to build the palace. 200 construction workers from China and the most skillful craftsmen of Hmong worked on the massive residence which became home to the king, his three wives and four sons.

Through the lines of ancient Sa Moc trees which stand pensively in front of the main gate, the entrance to the palace is 15 stone steps composed of large, square stone blocks, carved many patterns.

Entrance to the palace

The architecture of the mansion simulates a part of the Qing Dynasty architecture combines with Hmong motifs. It is divided into three classes: front mansion, middle mansion and back mansion.

The palace had 4 horizontal and 6 vertical rows. There were 2 stories with 64 rooms including the living room, working rooms, bedrooms of the king his wives, bedrooms for the family members, rooms for the servants and soldiers as well as arsenal, food depot and opium depot.

The palace is a harmonious combination of local materials such as blue stone, pine wood and terra-cotta roofing tiles. In front of the house is a 4-word signboard “Bien Chinh Kha Phong” which means “ordained to rule the frontier region”.

The most special thing in the decoration is the poppy patterns, reflecting the Vuong family’s interest in the opium trade. Therefore, some people even called it ‘poppy palace’.

The pillar with big poppy pattern carved by the most skilled sculptors in Yunnan that time.

The middle mansion was the place to worship ancestors and also preserved a lot of photos of the Vuong’s. Specifically, Vuong Chinh Duc had three wives but only the first and the third wife were in their family photos. It is said that because the second wife didn’t have any son so she was not mentioned in the family.

Inside, a picture of Vuong Chinh Duc in feudal mandarin attire is on display.

At present, there are still many original artifacts inside the mansion such as the stone pillar, fireplace, wooden table,.. The most luxurious is the crescent goat’s milk bathtub of the first wife. 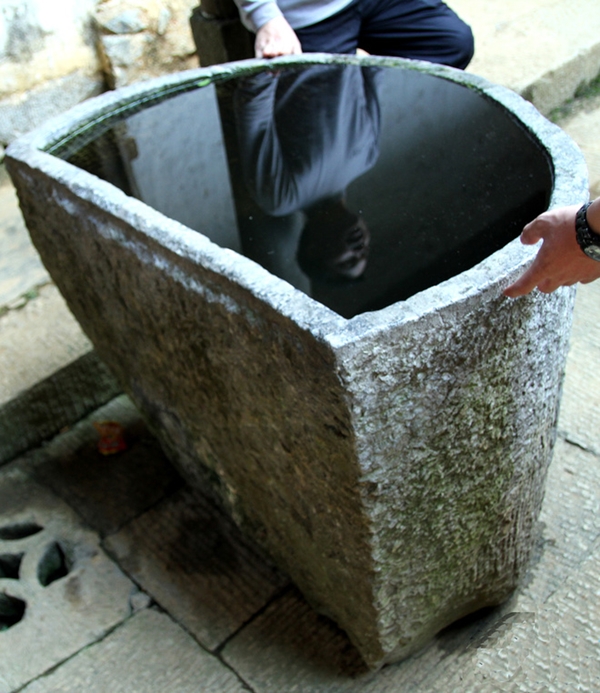 In the grounds of the mansion are the graves of the king’s first wife and one of his sons. It’s Vuong Chi Sinh, who was renamed Vuong Chi Thanh by President Ho Chi Minh. He devoted years of his life for the country’s resistance wars. 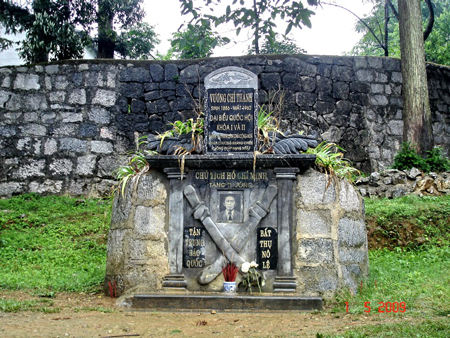 Hmong King Palace is  recognized a national monument in 1993. Vuong family members are now care takers and tour guides at the palace, who retell glorious tales of the Vuong’s in Ha Giang. 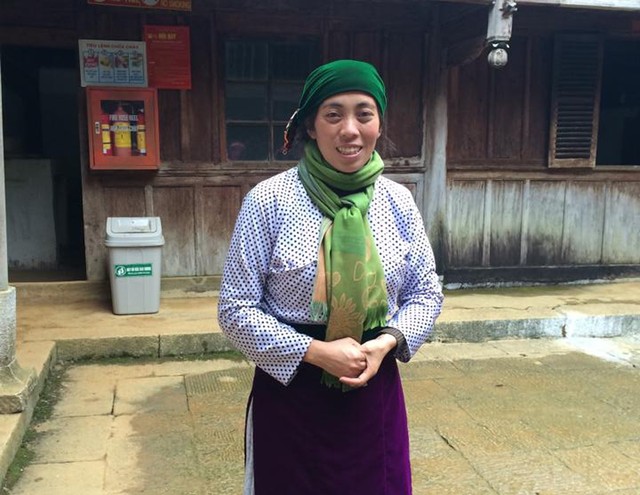 Vuong Thi Cho, a niece of the fourth generation of Vuong family