The polytheistic Pu Peo ethnic people living in the northern province of Ha Giang offer a feast to the forest gods every year.

A group of Pu Peo women in their traditional dress and headscarf.

Worshipping forest gods is an important custom of the Pu Peo people, one of Vietnam’s 54 ethnic groups, who live mostly in the districts of Dong Van and Yen Ninh of Ha Giang, and number around 600.

On the day of the ceremony, the sixth day of the sixth lunar month, considered the most propitious in their calendar, both women and men wear traditional costumes.

The offerings are placed on a wooden frame with dong (phrynium placentarium) or banana leaves underneath in a clearing the men have created.

The Pu Peo believe gods are everywhere, in every mountain and every hamlet, but especially worship the forest gods since the forest is the most sacred place for them. They pray to express their gratitude to heaven, earth, the gods, and ancestors for blessing them with peace.

A man divides the rice and eggs into two portions to offer to the forest gods.

The ritual not only plays an important part in their spiritual believes but also acknowledges nature's role and its importance to them.

The Ministry of Culture, Sports and Tourism recognized this practice as a national intangible cultural heritage in 2012.

People prepare 30 portions of rice, eggs, two chickens, wine, and other offerings. The ceremony lasts for around two hours.

Sixty two gods from every direction are invited to come and certify a goat the devotees will raise, indicating they have been blessed with good health, luck, prosperity, bumper crops, and others.

This ritual was recreated last Saturday at the Vietnam Ethnic Culture and Tourism Village in Hanoi for the 2019 Vietnam Cultural Heritage week. 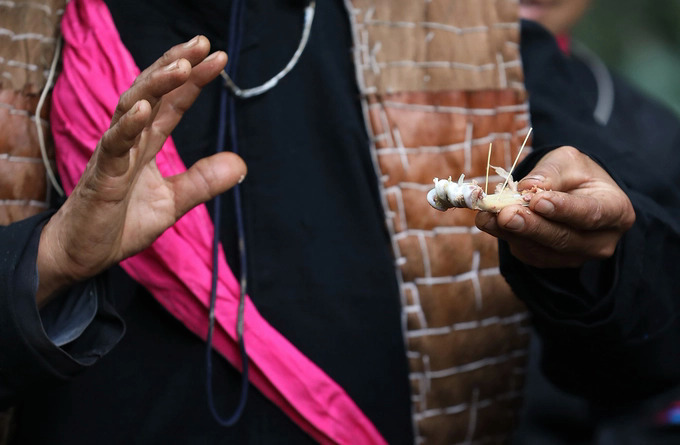 As the final ritual, the thigh bones of the chickens are removed after the offering ceremony is over and two toothpicks are stuck in them to determine whether the gods are propitiated by the rituals. 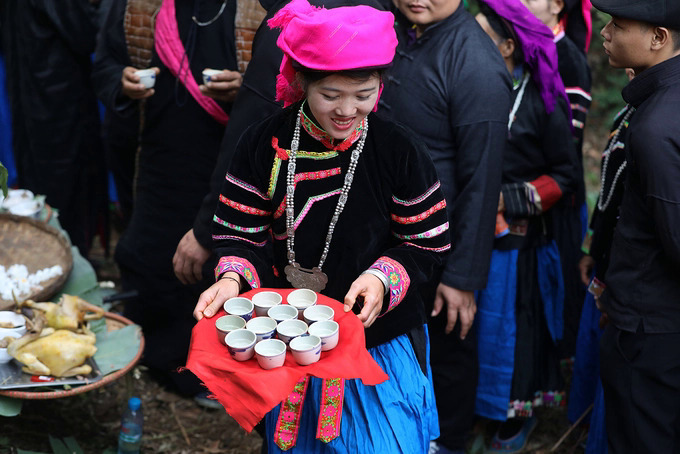 Pu Peo women hand cups of wine to the attendees to mark the end of the ceremony. 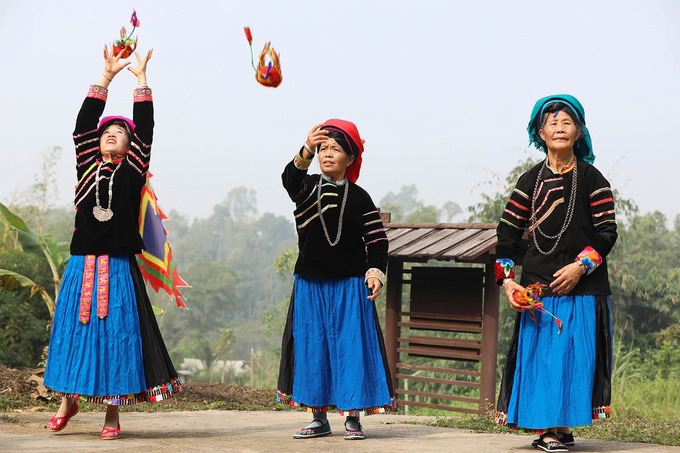 After the ceremony, festive activities take place all day. Worshiping the forest gods signifies the Pu Peo's ethos of living harmoniously with nature, embracing their origin and revering their ancestors.

This 7-day North Vietnam Tours is specially customized for individuals, small group tours and family holidays, those are looking for an off the beaten track tour itineraries in the northern Vietnam.

7-day by vehicle Ha Giang – Cao Bang, Northern Vietnam Adventure (Home stay, Trekking, Market)
Check In
09
May
2020
Adult: 3
Check Out
09
May
2020
Children: 0
BOOKING SUCCESS
Booking Tour Successfully!
We have well received your booking. We are processing your booking and will get back to you within 24 hours.
After successfully checking your booking, a payment notification will be sent to your registered email, please check your email regularly to complete the payment to ensure your booking.
Success
Your message was successfully sent. We will contact you shortly